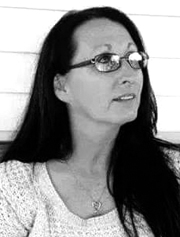 Rita Hamilton Luffman, age 53 of Summertown, TN passed away Wednesday, January 16, 2019 at home due to illness.

She was a homemaker and a member of the Church of Christ.

Rita was preceded in death by her grandparents: Clifford and Florence Hamilton and Clarence and Velma Henson.

A memorial service for Rita Hamilton Luffman will be held at 11:30 a.m. on Saturday, January 26, 2019 at Summertown Church of Christ with Jeff Smith officiating. Williams Funeral Home is assisting the family with arrangements. Condolences can be given to the family online at: www.williamsfh.com

The family is especially thankful for the caring staff of Hospice Compassus.