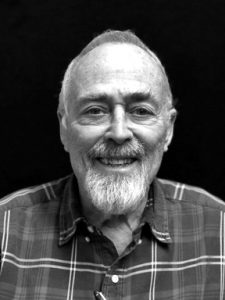 Norman Leroy Henderson
Norman Leroy Henderson, MD passed away Friday, January 18, 2019 at Williamson Medical Center in Franklin, TN.
Norman was born August 19, 1930 at Martin Hospital, Seattle, Washington. Growing up in Washington State he attended Walla Walla Elementary School, Academy and Walla Walla College. He received his medical degree from Loma Linda College of Medical Evangelists, now Loma Linda University, Loma Linda, CA.
He married Barbara Jones November 13, 1956. He then served two years in the United States Air Force at Vandenberg Air Force Base in California.
After visiting many rural areas in the South, Dr. Henderson and family moved to Lawrenceburg, TN where he became one of the key physicians in the community and instrumental in developing Lawrenceburg Sanitarium and Hospital into Scott Memorial Hospital.
He was a member of the Lawrenceburg Seventh-day Adventist Church and blessed many people with his beautiful tenor voice. He served on local bank boards and was a member of Lion’s Club. He was so proud to be at the opening of the Ophthalmology Clinic at Vanderbilt. He was President of The Tennessee Academy of Family Practice and served on the board of Primary Care for the State of Tennessee. He retired from a long career in Family Practice Medicine in 2002.
Norman was preceded in death by his parents: Carl and Edith (Landous) Henderson.
He is survived by his wife: Barbara (Jones) Henderson; two brothers: Gordon (Mary), and Clyde (Donna); five children: Cindy (Charles) Kildgore, Linda (Keith) Terrill, Teri (Karlen) Bailie, Mark (Cindy) Henderson, and Scott (Leslie) Henderson; fourteen grandchildren and six great-grandchildren.
A memorial service for Norman Leroy Henderson will be held February 23, 2019 at 5:00 p.m. at the Lawrenceburg Crockett Theater.