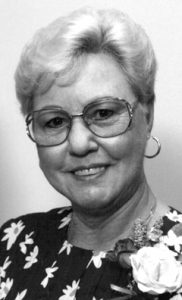 Mary Tanner
Mary Tanner, age 76, passed away Sunday, January 27, 2019 at Mt. Pleasant Health and Rehab Center.
She was born in Summertown, TN on May 26, 1942. After graduating high school she moved to Indiana where she met her husband, Chuck Tanner. They moved to Florida where she worked for the Governor’s office in Tallahassee Budgeting and Planning department for over 33 years. She was actively involved in wildlife preservation and was past president of the FSU Extra Points club where her many football players called her “Mrs. T.”
She was preceded in death by her husband: Chuck Tanner; parents: Charlie and Gertrude Rawdon.
Survivors include her sisters: Annie Lou Spears of Cornersville, TN, Irene Dugger of Mt. Pleasant, TN, Joyce Cardwell of Summertown, TN; step-son: Steve Tanner of Indiana; step-daughter: Cindy Dawkins (Ronnie); five step-grandchildren” Kimberly, Stephanie, Stevie, Krista, and Kevin; eight step-great-grandchildren; several nieces, nephews, cousins and friends.
Memorial services for Mary Tanner will be announced at a later date. Memorial donations may be sent to Hospice Compassus of Columbia, TN, The American Cancer Society, Feed the Children, and St. Jude Children’s Hospital.
Pettus-Turnbo Funeral Home is in charge of all arrangements. Condolences may be sent by way of: www.pettusturnbo.com.