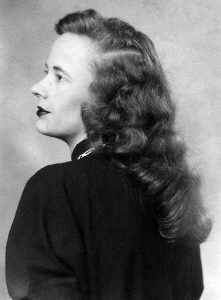 Vickie Beecham Woodward
Vickie Beecham Woodward, age 89, a former resident of Columbia and a resident of Lawrenceburg, TN died Thursday, February 7, 2019 at Southern Tennessee Regional Health System.
The Lawrence County native was the daughter of the late Emery S. Beecham and Beulah Jane Swiney Beecham. On June 29, 1984, she married James D. Woodward who died October 23, 2001. Ms. Woodard began her career in the late 1940’s at McClellans Store in downtown Columbia. A people oriented business person, she then went into the restaurant business and worked as a waitress at 20th Century Restaurant and Ranch House Restaurant for a number of years in the 1950’s. She then owned and operated Vickie’s Grill off the Columbia Square on North Main Street. In 1960 she relocated to Washington, D. C. to attend the Lewis Restaurant Management School and upon her return to Tennessee was restaurant manager at the Holiday Inn in Franklin until 1971. She was cafeteria manager for McDowell Elementary School from 1971 – 1974, Whitthorne Junior High School from 1974 – 1978, and during the summer months worked as cafeteria manager for the Four-H Club Camp Agricultural Extension Service. She was an avid animal lover and a member of the Catholic Church.
She was preceded in death by her daughter: Laura Ann Chambers in 1947; sister: Elsie Beecham Roberts; and brother: T. B. Beecham.
Survivors include: many dear friends; and her six precious cats, all strays, who were very smart to adopt “Miss Vickie”.
Funeral services for Vickie Beecham Woodward were conducted at 2:00 p.m. on Monday, February 12, 2019 at Oakes & Nichols Funeral Home with Jim Smith officiating. Burial followed at Henryville Cemetery. The family suggests memorials be made to the Pet Pals of Maury County, P. O. Box 1623, Columbia, TN 38402. Oakes & Nichols Funeral Directors was in charge of all arrangements. Notes of sympathy may be sent to the family at: www.oakesandnichols.com.