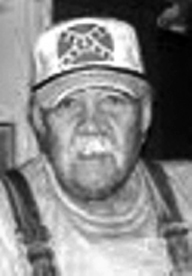 Jerry Donald Wade
Jerry Donald “Don” Wade, 81, of Lawrenceburg, passed away Friday, February 15 at his home.
Born September 28, 1937 in Limestone County, AL, Don was the son of the late Lester Wade and the late Oma Carwile Wade. He retired from CSX Railroad as a lineman. He liked to fish, was an avid history buff, especially the Civil War, was of the Church of Christ faith, and a member of the Sons of the Confederate Veteran Rawdon-Spears Camp 2113.
In addition to his parents, he was preceded in death a son: Jerry Wayne Wade; an infant daughter; brother: Kenneth Wade; sisters: Willa Gatlin, Elizabeth and Hazel Wade; and an infant brother.
He is survived by his sister and caregiver: Janet Staggs of Lawrenceburg; special daughter: Kathy Wade Mott of Lawrenceburg; special nephew and caregiver: Clint Johnson; two nieces and five other nephews.
Services for Jerry Donald Wade will be held at a later date. Heritage Funeral Home of Columbia is in charge of all arrangements. Condolences may be shared with the family at: www.TnFunerals.com.