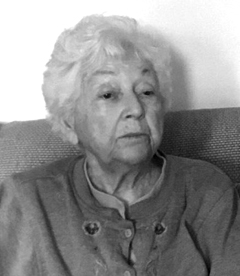 Emmanola Staggs Hood
Emmanola Staggs Hood, age 86, of Lawrenceburg, TN passed away Thursday, February 28, 2019 at NHC Healthcare of Lawrenceburg.
She was a native of Lawrence County, TN, a homemaker, and a member of Immanuel Baptist Church where she worked with preschool children and youth.
She was preceded in death by her parents: Roy Charley and Minnie Estelle Smith Staggs; and two brothers: Delburn “Bay” Staggs and R. C. Staggs.
She is survived by her husband: N. A. Hood of Lawrenceburg, TN; brother: Marshall Hulon Staggs of Muncie, IN; sister: Johnette Neal of Muncie, IN; and many adoring nieces and nephews.
Funeral services for Emmanola Staggs Hood were conducted at Neal Funeral Home at 3:00 p.m. on Monday, March 4, 2019, with Chad Moore officiating.  Interment followed at Lawrence County Memorial Gardens in Lawrenceburg, TN. Those serving as pallbearers were Slade Neal, Shane Neal, Chris Ivie, Greg Knott, Jimmy Oliver, Bob Malone, Victor Ringpfeil, and Lewis Warner.
The family suggests memorials be made to the Alzheimer’s Association. Neal Funeral Home was in charge of all arrangements. Condolences may be sent by way of: www.nealfuneralhome.net.