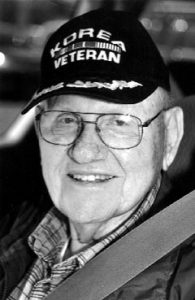 Irving Dorning, Jr.
Irving Dorning, Jr., 88 of Lawrenceburg, Tennessee passed away on February 27, 2019 at Southern Tennessee Regional Hospital.
Irving was born on August 10, 1930 to the late R. I. Dorning and Clarice Steelman Dorning. He served his country in the United States Army and was honored with the Army of Occupation Metal, National Defense Service Metal, and Good Conduct Metal. He continued to serve his community as a Tennessee Highway Patrol Officer and then finished his career as a state employee. He was an active member of Mars Hill United Methodist Church.
In addition to his parents he was preceded in death by his son: Richard Dorning; and daughter: Kayla Hood.
Irving is survived by his wife: Carolyn Bonner Dorning; sons: Chad (Tracy) Dorning and Kyle (Lynn) Duke of Lawrenceburg; daughters: Carole Dorning Collins of Decatur, Alabama and Kim Pennington of Franklin, Tennessee; eleven grandchildren; twelve great-grandchildren.
A memorial service for Irving Dorning, Jr., will be held at a later date with burial at Mars Hill Cemetery in Lawrenceburg, Tennessee. Williams Funeral Home is in charge of all arrangements. Online condolences may be offered at: www.williamsfh.com.