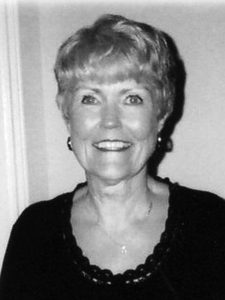 Pauline Newman
Pauline Newman was born in Wayne County, TN on May 31, 1940, the daughter of the late P. E. and Agnes Hodge White. She departed this life on March 25, 2019 in Florence, AL at the age of 78 years, 9 months and 25 days.
On September 4, 1960 she was united in marriage to Carl Haynes Newman, who survives. She was a former resident of Indiana for a few years and South Louisiana for 48 years. Pauline was a jewelry manager at Service Merchandise for 32 years and was of the Baptist belief. She enjoyed shopping, cooking, entertaining her friends, and aggravating her brother-in-law. Pauline loved being with people and her cat, Nosey.
In addition to her parents, Pauline was preceded in death by one sister: Edna White; and one brother: James Boyd White.
She is survived by her husband of 58 years: Carl Newman of Lawrenceburg, TN; sisters: Leva White of Florence, AL, Betty Wright (W.L.) of Lawrenceburg, TN and Virginia Hardiman (Chet) of St. Joseph, TN; brothers: Lawrence White of Grandberry, TX and Johnny White of Savannah, TN; and a host of nieces, nephews, great-nieces, and great-nephews.
Funeral services for Pauline Newman were held on March 28, 2019 at 11:00 a.m. at Shackelford Funeral Directors of Savannah in Savannah, TN, with Chris Campbell officiating. Burial followed at Milledgeville Cemetery in Milledgeville, TN. Shackelford Funeral Directors was in charge of all arrangements.