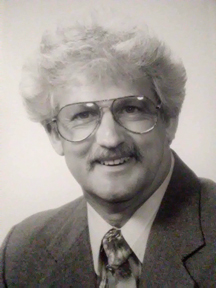 Robert Milton Geasley
Robert Milton Geasley, age 81, of Lawrenceburg, TN passed away Tuesday, March 26, 2019 at his residence.
Born on October 4, 1937 in Franklin, Milton was the son of the late Clint Geasley and the late Eva Polk Geasley. He served his country in the United States Navy and worked many years as a Urology Technician. Milton was an outgoing, friendly person who never met a stranger and was known for his great sense of humor. He was a member of the Lawrenceburg Kingdom Hall of Jehovah’s Witness.
In addition to his parents, he was preceded in death by two sisters and seven brothers.
He is survived by his wife of 56 years: Gladys Atkisson Geasley of Lawrenceburg; daughter: Tammy Geasley of Lawrenceburg; sisters: Sadie Johnson of Knoxville, Odelene Coleman of Franklin; grandson: Cody (Montana) Geasley of Lawrenceburg; Special caregiver: Brandy Crowe; several nieces and nephews.
A memorial service for Robert Milton Geasley will be held on Sunday, April 7, 2019 at 2:00 p.m. at the Lawrenceburg Kingdom Hall of Jehovah’s Witness with Evin Ellis officiating. Heritage Funeral Home in Columbia is in charge of all arrangements. Condolences may be sent by way of: www.TNFunerals.com.