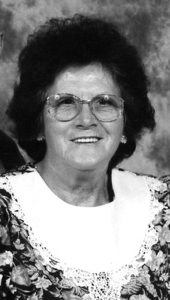 She was a native of Lauderdale County, AL, a homemaker, and attended New Prospect Baptist Church.

She was preceded in death by her parents: Clarence and Vaudie Lee Eddie Pettus; her husband: J. C. Weaver; and one daughter: Joan Ann Dial.

Funeral services for Geneva Ann Weaver  were conducted at Neal Funeral Home at 11:00 a.m. on Friday, April 12, 2019, with Arnold Brown officiating. Burial followed at OK Cemetery in Lawrence County, TN. Neal Funeral Home was in charge of all arrangements. Condolences may be sent by way of: www.nealfuneralhome.net.