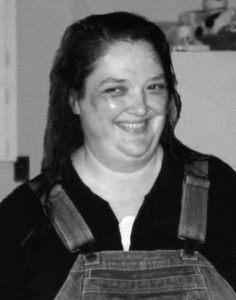 She was born November 16, 1970, in Hartselle, AL to Edna Jaco Gant and Marvin Gant. Rhonda was an assembly worker at Sanmina Corporation in Huntsville, AL., and of the Baptist Faith.

She was preceded in death by her brother: Ricky Lynn Gant.

Funeral services for Rhonda Michelle Gant Martin were conducted at Neal Funeral Home at 3:00 p.m. on Saturday, April 13, 2019, with Bill Webb officiating. Burial followed at Brace Cemetery in Lawrence County, TN. Those serving as pallbearers were: Alan Henderson, Steve Butler, Ray Jaco, Lawrence Hull, Justin Jaco and Jimmy LeMay. Neal Funeral Home was in charge of all arrangements. Condolences may be sent by way of: www.nealfuneralhome.net.