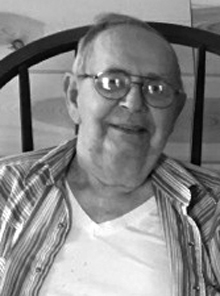 He was a native of Leoma, TN, retired baler repairman, and a Christian.

He was preceded in death by his parents: James and Ola Messer Lee; his wife: Joyce Willadean Dooley Lee; and one daughter: Vickie Kay Lee Hester.

Funeral services for Albert J. Lee were conducted at Neal Funeral Home at 1:00 p.m. on Friday, April 19, 2019, with Sam Cliff officiating. Burial followed at Freemon Cemetery in Leoma, TN. Neal Funeral Home was in charge of all arrangements. Condolences may be sent by way of: www.nealfuneralhome.net.