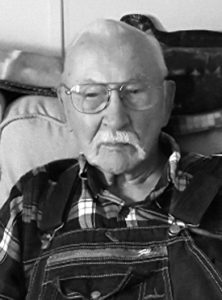 Carroll Arthur Booth
Carroll Arthur Booth, age 88, of Lawrenceburg, TN passed away Monday, April 29, 2019 at his residence.
He was a native of Jackson Township, IA, a mechanic, and retired from the U.S. Army where he served his country honorably for over 20 years. He was also a member of American Legion Post 146 and DAV Chapter 20.
He was preceded in death by his parents: Earl and Martha Dempsie Booth; his parents that raised him: Arthur and Mary Vansteenburg; one son: Rickie J. Booth, Sr.; and granddaughter: Rebecca Booth.
He is survived by his wife: Thelma Meeks Booth of Lawrenceburg, TN; five children: David Booth (Holli) of Lucky, OH, Mary Ellen Booth of Lawrenceburg, TN, Rose Booth Jackson of Lawrenceburg, TN, Marilyn Booth Dazley (George) of McClure, OH, and Earl Booth of Oregon, OH; two brothers: Kenneth Booth and Joseph Booth (Pam), both of Arkansas; nineteen grandchildren; and fourteen great-grandchildren.
Funeral services for Carroll Arthur Booth, with full military honors, were conducted at Neal Funeral Home at 1:00 p.m. on Saturday, May 4, 2019 with Wayne Martin officiating. Neal Funeral Home was in charge of all arrangements. Condolences may be sent by way of: www.nealfuneralhome.net.