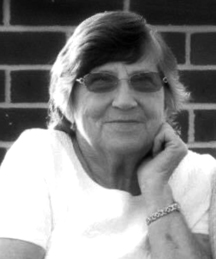 Frances Ann Dickey Fralix
Frances Ann Dickey Fralix , age 76, of Ethridge, TN passed away Thursday, May 2, 2019 at her residence.
She was a native of Liberty Hill, TN, a 1961 graduate of Campbellsville High School, a homemaker, and of the Baptist Faith.
She was the daughter of the late Enoch Roosevelt Dickey and the late Irene LeMay Dickey.  She was also preceded in death by one brother: Ealon Virgil Dickey; one son: Roy Franklin Fralix; and one great-granddaughter: Nateley Okuma Fralix.
Survivors include her husband of 57 years: Joe Franklin Fralix of Ethridge, TN; two sons: Timothy Joe Fralix (Sally) of Paducah, KY and Barry Wade Fralix (Linaya) of Ethridge, TN; one daughter: Jeanea Ann Weigel (Tripp) of Ethridge, TN; eight grandchildren; two step-grandchildren; and eleven great-grandchildren.
Funeral services for Frances Ann Dickey Fralix were conducted at Neal Funeral Home at 2:00 p.m. on Sunday, May 5, 2019, with David Fralix officiating. Interment followed at Liberty Hill Cemetery in Giles County, TN. Neal Funeral Home was in charge of all arrangements. Condolences may be sent by way of: www.nealfuneralhome.net.
The family would like to express a special thanks to Hospice Compassus and Callie Keene.