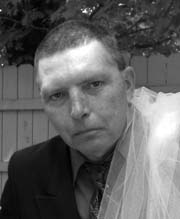 James “Jamie” Hughes
James Robert Hughes, age 49, a resident of Lawrenceburg, passed away Friday, June 7, 2019 at his residence.
James was born November 2, 1969 in Lawrence County and was the son of Martha Lee Harris Maxwell and the late James Edward Hughes.
Along with his father he was preceded in death by his brothers: Willard Edwin Hughes and Bart McKay Hughes.
In addition to his mother he is survived by his daughter: Briana (Alex) Kirris of Lewisburg; son: Michael Hughes of Lawrenceburg; sisters: Renay (Jose) Fernandez and Deonna Hughes, both of Lawrenceburg; and three grandchildren.
A celebration of life service for James Robert Hughes will be held on Saturday, June 15, 2019 at 11:00 a.m. at Meadowview Baptist Church in Lawrenceburg, with Pastor Jimmy Nave officiating. The family will visit with friends prior to the service, beginning at 10:30a.m. Heritage Funeral Home is assisting the family with arrangements. Condolences may be shared online at: www.TnFunerals.com.