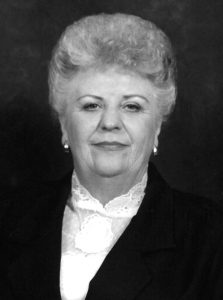 Bonnie Lee Bivins Westfall
Bonnie Lee Bivins Westfall, age 77, a resident of Lawrenceburg, TN passed away Tuesday, June 18, 2019 at NHC Lawrenceburg.
Born on June 19, 1941 in Lawrence County, Bonnie was the daughter of the late Robert Boal Bivins and the late Annie Katherine Busby Bivins. She was a member of Leoma Church of Christ. Bonnie was an extremely giving person who put other’s needs before her own. Although she had no children, she treated her nieces and nephews as they were her own. She loved any excuse to be with them and often enjoyed taking them on trips and out to eat. Bonnie expressed a truly unconditional love to others, and she will be sorely missed by all those who knew and loved her.
In addition to her parents, she was preceded in death by her husband: Donald R. Westfall; brothers: Roy G. Bivins, Ralph Bivins, Ray Bivins; and sisters: Margaret Fay Bivins, and Wanda Sue Bivins.
She is survived by her brother: Richard Bivins of Lawrenceburg; sister: Mary Ann Bivins (Leon) Patterson of Lawrenceburg; and several loving nieces, nephews, and cousins.
A memorial service for Bonnie Lee Bivins Westfall was held on Saturday, June 22, 2019 at 2:00 p.m. at Leoma Church of Christ with Bro. Rodney Livingston officiating. She will be laid to rest at a later date in Cedar Hill Cemetery in Leoma. Heritage Funeral Home is assisting the family with arrangements. In lieu of flowers, memorial donations may be made to the family of to go towards the expenses of her headstone. Condolences may be shared online at: www.TnFunerals.com.