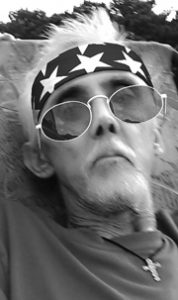 Douglas Wade Fulton
Douglas Wade Fulton, age 58, passed away Sunday, July 28, 2019 at Maury Regional Medical Center after battling a brief illness.
Doug was born on September 7, 1960 to the late William Thomas and Mary Anna Gunselman Fulton in Florence, AL. He was a funny man, going out of his way to make his children laugh and would often tell them “he loved them more than banana pudding”. He loved music and was an avid guitar player. Doug’s love for his girlfriend, Darlene, his beloved Dachshund, Ziggy, and his children and grandchildren was unmatched.
He is survived by his girlfriend: Darlene Callison of Lawrenceburg; two daughters: Jessica (Crystal) Bolton of Desoto, TX and Patricia (Dakota) York of Florence, AL; several grandchildren and great-grandchildren. He is also survived by his miniature Dachshund: Ziggy.
A Celebration of Life for Douglas Wade Fulton will be held at 11:00 a.m. on Friday, August 2, 2019 at United Church in Lawrenceburg, TN. Williams Funeral Home is in charge of all arrangements. Condolences may be sent by way of: www.williamsfh.com.