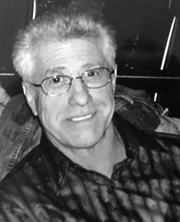 Richard Burks
Richard Burks, age 73 of Lawrenceburg, TN, passed away Tuesday, July 23, 2019 at Centennial Medical Center.
He was selfless in helping others and extremely passionate about his rescue pets of which he had many. He was of the Baptist faith.
He is preceded in death by his parents: Luther and Lois Burks; and sister: Barbara Stephens.
He is survived by his wife of 46 years: Pat Burks; his adored fur baby: Cody. He also leaves behind numerous friends who he considered his family; and two nephews and a niece.
A Celebration of Life for Richard Burks will be announced at a later date. Family suggests donations be made to the City of Lawrenceburg Animal Shelter, c/o: Lawrenceburg Police Department, 233 West Gaines Street, Lawrenceburg, TN 38464. Pettus-Turnbo Funeral Home is in charge of all arrangements. Condolences may be sent by way of: www.pettusturnbo.com.