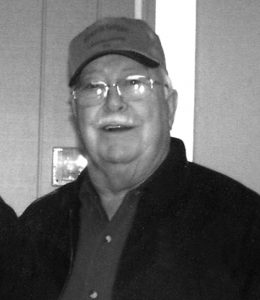 James L. Wilson
James L. Wilson, age 84, of Lawrenceburg, TN passed away Saturday, August 10, 2019 at Southern TN Regional Health System in Lawrenceburg, TN.
He was a native of Lauderdale County, AL, started working for Jake Parrish in 1952 at the Oil Company, and later purchased the business that became Wilson Oil Company in 1961. He was a member of Immanuel Baptist Church where he served as a music director and deacon for several years.  Mr. Wilson loved his walking horses and International Tractors.
He was preceded in death by his parents: James Albert and Lillie Belle Shelton Wilson; and his wife: Nora Putman Wilson.
He is survived by two brothers: Jerald Wilson of Five Points, TN and J. B. Wilson of Lawrenceburg, TN; several nieces and nephews.
Funeral services for James L. Wilson were conducted at Neal Funeral Home at 11:00 a.m. on Tuesday, August 13, 2019 with Reggie Coleman officiating.  Interment followed at Bonnertown Cemetery in Bonnertown, TN. Those serving as honorary pallbearers were the employees of Wilson Oil Company. The family suggests memorials be made to St. Jude Children’s Research Hospital. Neal Funeral Home was in charge of all arrangements. Condolences may be sent by way of: at www.nealfuneralhome.net.