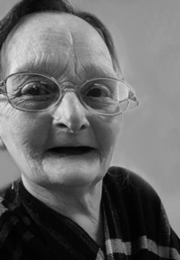 Carolyn Gibbs
Carolyn “Wynette” Daniels DeLane Gibbs, age 67, of Lawrenceburg, TN, defeated her 13 year battle with Vascular Dementia on Monday, September 9, 2019 at NHC Lawrenceburg.
She was born May 2, 1952 in Nederland, TX. She is the oldest daughter of Danny (Barbara) and Shirley Steele Daniels. She was a dedicated worker, devoted mother, and a loving grandmother. She was of the Baptist faith.
She is preceded in death by her mother: Shirley Steele Daniels; her grandparents; and several aunts and uncles.
She is survived by her son: James (Amy) DeLane of Summertown, TN; daughters: Donna DeLane of Baytown, TX and Melanie (Isaac) Moore of Lawrenceburg, TN; eight grandchildren; her father: Danny (Barbara) Daniels of Dumas, TX; sisters: Vicky “Sue” (Joe) Robles of Carrizo Springs, TX and Denise Daniels of Austin, TX; aunt: Rhea Hatfield of Dumas, TX; special friends: Raymond and Barbara Hudson of Sulpher Springs, TX.
A private memorial service for Carolyn Gibbs will be held at a later date. Williams Funeral Home is in charge of all arrangements. Condolences may be sent by way of: www.williamsfh.com.