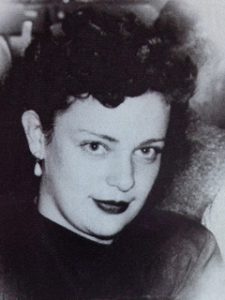 Pat (McCord) Poole
Pat (McCord) Poole, age 91, passed away at her home on September 26, 2019 and is now with the Lord.
Born in Leoma, TN to her parents, Joseph and Lena Luncford, she moved to Akron in the early 1950’s. Pat retired from Goodyear Aerospace in 1983 after 35 years of service. She was a longtime member of Springfield Baptist Church. Pat enjoyed bowling, but her greatest love was caring for her grandchildren, members of her family and others.
In addition to her parents, she was preceded in death by her husbands: William McCord and Everett Poole.
She is survived by sons: Mickey (Marian) and Billy McCord; daughters: Sharon and Janis McCord; grandchildren: Sara, Lena, Will, Jessie, Jodi, Geri and Toni; ten great-grandchildren; three great-great-grandchildren; other relatives and friends. Pat will also be missed by her little dog: Mitzi.
Visitation for Pat (McCord) Poole was held at Hopkins Lawver Funeral Home in Akron (Ellet), Ohio on Monday, September 30, 2019 followed by procession to Hillside Memorial Park where a graveside service was held. Hopkins Lawver Funeral Home was in charge of all arrangements. Condolences may be made online at: www.hopkinslawver.com.