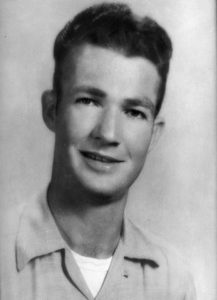 David Allen Hagan
David Allen Hagan, age 89, of New Prospect, TN died Thursday, October 10, 2019.
He was born in Lawrence County, TN in 1930 to Early St. Elmos Hagan and Euna Belle Kincaid Hagan.
David was employed for 30 years with the Murray Ohio Manufacturing Company, retiring in 1986 as foreman in the Plating Department. Not one to take it easy, he worked side-by-side with his son, Randall, in his son’s business, H & H Tool and Die. He also cattle farmed on his 158 acres and enjoyed planting large gardens each year with his wife, Norma Dunkle Hagan. David served his country honorably in the U.S. Army during the Korean Conflict.
David and Norma made their church home at New Prospect Church of Christ for over 50 years. The love and fellowship of the congregation has always been appreciated. He was loved by his wife of 65 year as well as their sons, their wives, grandchildren and great-grandchildren. His legacy of faith and kindness will live forever in his family and all who knew him.
In addition to his parents, he was preceded in death by siblings: Wilma Rollins, Catherine Braswell, Milburn Hagan, Odessa Barksdale, Morelle Hagan, Glnyndolan Hagan and Donald Hagan.
In addition to his wife, he is survived by sons: Randall Hagan (Deborah), Wayne Hagan (Racel) and Bruce Hagan (Amy). He especially enjoyed the time spent with his grandchildren and great-grandchildren: Jamey Hagan, Deone Hagan, Will Hagan, Jack Hagan, Abby Hagan, Ty Hagan, Adyn Hagan and Alice Hagan. Survivors also include two sisters: Elizabeth Hagan Smith (Holbert) and Earlene Powell Ables.
Funeral services for David Allen Hagan were conducted at Neal Funeral Home at 2:30 p.m. on Sunday, October 13, 2019 with Leslie Shadrick officiating. Interment followed at Fall River Cemetery in Lawrence County, TN with military honors. Those serving as pallbearers were: Jamey Hagan, Will Hagan, Jack Hagan, Ty Hagan, Adyn Hagan, and Dan Kindervater. Neal Funeral Home was in charge of all arrangements. Condolences may be sent by way of: www.nealfuneralhome.net.