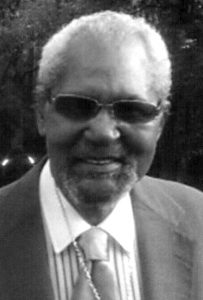 Charles William Bumpas, Sr
Charles William Bumpas, Sr. was born on September 18, 1937 to the late John Wiley and Mildred (Haynes) Bumpas in Lawrenceburg, Tennessee. On October 21, 2019, at the age of 82 after an extended illness, Charles departed this life at the Veterans Nursing Home in Murfressboro, TN.
He accepted Christ at an early age and was a member of the Deller Street Church of God at that time. He graduated from Clarke High School in Mt. Pleasant, TN and later joined the United States Army serving in the Vietnam and Korean Wars. He was very active while serving and became a paratrooper along with other assigned duties. He enjoyed spending time with family, friends and neighbors, often sitting on the porch reminiscing about old times.
He was preceded in death by four brothers: John, James Ralph, Sylvester, and Ernest; and two sisters: Barbara Ann and Janice.
He leaves to cherish his memories five children: Rhonda Young (Nashville, TN), Jacqueline Bumpas (Clarksville, TN), Charles “Chuck” Bumpas, Jr. (Lawrenceburg, TN), William Charles Bumpas (Colorado Springs, CO) and Kristina Bumpas (Colorado Springs, CO); four grandchildren; seven great-grandchildren; one sister: Mildred Harlam (Lawrenceburg, TN); one brother: James Edward (Curly) Bumpas, Sr.; a host of nieces and nephews; and one special nephew: Ernest Bumpas, Jr., who often assisted him tirelessly when he was at home in Lawrenceburg.
Visitation for Charles W. Bumpas Sr will be held at the Pettus-Turnbo Funeral Chapel on Saturday, October 26, 2019 from 10:00 a.m to 12:00 p.m. with a Funeral Service to follow at 12:00 p.m.
Funeral services for Charles William Bumpas, Sr. were held at Pettus-Turnbo Funeral Chapel at 12:00 p.m. on Saturday, October 26, 2019 with Elder DeAndre Mundy officiating. A graveside service and burial were held at Pegram Cemetery in Nashville, TN at 11:00 a.m. on Tuesday, October 29, 2019 with full military honors. Pettus-Turnbo Funeral Home was in charge of all arrangements. Condolences may be sent by way of: www.pettusturnbo.com.