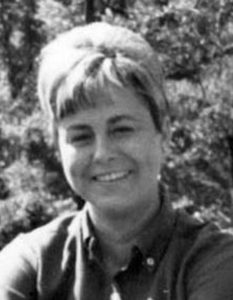 Evelyn Fay Nation
Evelyn Fay Nation, age 82, passed away Monday, October 28, 2019 at her home in Lawrenceburg, TN.
She was a member of the Davy Crockett Long Hunters, the Eastern Star, and a proud military wife. She was of the Methodist faith.
She was preceded in death by her parents: Kelsey Robert Reed and Razzie Hannah Reed; husband: Maj. James R. Nation; and son: Kevin Warren Nation.
She is survived by two sons: Kenneth Nation and Keith Nation; three grandchildren: Amelia Nation, Heather Nation, and Dillon Nation; one sister: Shirley Townsend.
Graveside services and burial for Evelyn Fay Nation were held on Friday, November 1, 2019 at 2:00 p.m. at Lawrence County Memorial Gardens. Pettus-Turnbo Funeral Home was in charge of all arrangements. Condolences may be sent by way of: www.pettusturnbo.com.