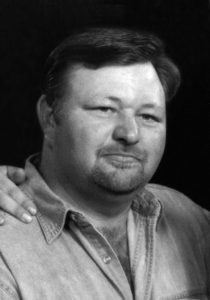 Roy Dale Bivens
Roy Dale Bivens, age 50, husband of Wendy Bivens, and a resident of Summertown, passed away Tuesday, December 3, 2019 at Maury Regional Medical Center.
Born December 13, 1968 in Lawrence County, Dale was the son of the late Noble Austin Bivens and the late Linda Huttchison Bivens. He married Wendy McMasters on June 2, 1989 and together they had two children. He worked as a diesel mechanic for thirty-two years, most recently at Southeast Carriers, Inc., in Lawrenceburg. Dale enjoyed hunting, working on trucks and collecting guns and knives. He was of the Baptist faith.
Along with his parents, he was preceded in death by his brothers: Mike Bivens and Ray Bivens; and sister: Debbie Howell.
In addition to his wife, he is survived by his son: Joseph Bivens (fiancé, Laken Arnett) of Summertown; daughter: Shelbi (Travis) Mayfield of Lawrenceburg; sister: Patricia (Terry) Keeton of Summertown; sisters-in-law: Dawn (Randy) Frazier and Pam (David) Cox; and several nieces and nephews.
Funeral services for Roy Dale Bivens were held on Friday, December 6, 2019 at 11:00 a.m. at Heritage Funeral Home with Rod Littrell officiating. Burial followed at Fall River Church of Christ Cemetery in Giles County. Heritage Funeral Home was in charge of all arrangements. Condolences may be shared by way of: www.TnFunerals.com.