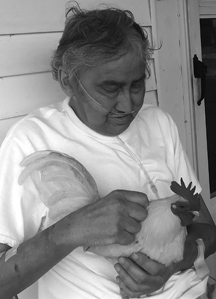 Danny Ray Brewer
Danny Ray Brewer, age 56, passed away on December 9, 2019 at his home in Lawrenceburg, TN.
He was born on May 21, 1963 to the late Ezra Brewer and Earlean Gobble Brewer in Lawrence County. He married Janie Keeton in 2004. Danny raised chickens and birds as pets and had a cockatoo for 26 years named Jody Bird. He was a hard worker when able.
In addition to his parents he was preceded in death by his brother: Jerry Glen Brewer.
He is survived by his wife: Janie Brewer; sister: Cathy (Terry) Tenison of Lawrenceburg, TN; sister-in-law: Ann Fisher of Lawrenceburg; brother-in-law: Wayne “Hammer” Keeton; special nephews: Austin Tenison, Glen (Candy) Brewer, and Anthony Fisher; and special nieces: Anna Tenison and Annie Kate Fisher.
A memorial service for Danny Ray Brewer will be held today, Sunday, December 15, 2019, at 3:00 p.m. at Woodmen of the World Lodge, 200 Glenn Springs Road, Lawrenceburg, TN 38464. Richard Anderson will officiate. Williams Funeral Home is in charge of all arrangements. Condolences may be sent by way of: www.williamsfh.com.