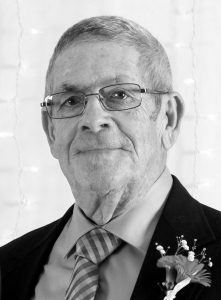 Charlie Mabry
Charlie Mabry, age 76, of Summertown, TN passed away Friday, January 17, 2020 at Maury Regional Medical Center in Columbia, TN.
He was retired from Stauffer Chemical Company and a member of Summertown Church of Christ where he served as an elder for over 38 years. He was a TSSAA football and basketball official for almost 35 years and was an avid NY Yankees fan.
He was preceded in death by his parents: James Howard Mabry and Willodean Pitts Mabry Shaw; and his wife: Linda Sue Weeks Mabry.
He is survived by one son: Mickey Mabry (Ginger) of Summertown, TN; three grandchildren: James H. Mabry of Summertown, TN, Lauren Long (Zach) of Lawrenceburg, TN and Azlynn Mabry of Summertown, TN; and one great-grandchild: Julia Long.
Funeral services for Charlie Mabry were conducted at Neal Funeral Home at 11:00 a.m. on Monday, January 20, 2020 with Jeff Durham officiating. Interment followed at Macedonia Cemetery in Lawrence County, TN. Neal Funeral Home was in charge of all arrangements. Family suggests memorials be made to Summertown Church of Christ. Condolences may be sent by way of: www.nealfuneralhome.net.