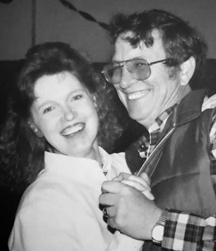 James Everett “Skip” Egly
James Everett “Skip” Egly, age 74, of Ethridge, TN was born on April 5, 1945, and passed away January 14, 2020, after an extended illness.
To the very end, he defied all the odds, far exceeding his doctors’ expectations, continued to be present for his family, and was always only concerned about taking care of everyone else — which is fitting because that is the way he lived his entire life. He taught all that family runs deeper than blood, and always is the most important thing.
Skip Egly was first and foremost a devoted husband to the love of his life of 54 years, Janice Smith Egly. Their relationship was a model to us all, an example of a lifetime of love and respect.
To Chris, Tim (Lori), and Jason (Elizabeth) he was Dad. Never missing a game, concert, or important life event, he was an ever-present source of unconditional love. He was the epitome of what a father should be. In his last years, he was able to reprise this role of Dad once more, to Annika, whom he loved dearly.
To Kelsey, Vanessa, Michael, Ben, Amanda, Ryan, Lance, Mattie, Tyler, Briana, Bailey, Cassie, Blake, Mallory, Ansley, and Karis, he was their beloved Granddaddy Skip. Oliver, Harper, Hudson, Hazelynn and Rowan allowed him to officially add “great” to the great-granddaddy he already was.
To Sherry and Debbie, as an uncle, he was like a second father, and he loved them like his own children. Mack, Keith and all the Browns and Littrells equally adored him.
To so many others in the community he was a coach. Whether it was the very first youth soccer team in Lawrence County, The Dixie Youth Ethridge Blues, The Ethridge School Boys Basketball team, or his 1986 State Champion Babe Ruth 16 year-old baseball team, he earned the respect and friendship of his players, fellow coaches, and yes, even an umpire, referee or two.
Skip Egly was a skilled draftsman. He loaned his engineering talents to the Murray Ohio Manufacturing Company for over 25 years, but his real craftsmanship can be seen in the many homes he built with his Uncle Bill Egly, and in the many custom pieces built by hand in his own woodworking shop.
Skip was a member of Mars Hill Baptist Church, a loving fellowship that helped him grow deeply in his faith and walked with him and Janice every step of way during these last difficult days.
His easy-going demeanor, unique sense of humor, kind heart and unconditional love will be greatly missed by all who were privileged to know him as Skip.
He was preceded in death by his parents: Jacob Everett Egly, Mattie Mae Brown Brewer; his stepfather: William Walter Brewer (the one he called Dad); and his brothers: Ralph Glenn Brewer and William Earl “Spunk” Brewer, all of Lawrenceburg.
Funeral services for James Everett “Skip” Egly were conducted at Neal Funeral Home at 2:00 p.m. on Friday, January 17, 2020, with Chad Moore officiating. Interment followed at Lawrence County Memorial Gardens in Lawrenceburg, TN. Neal Funeral Home was in charge of all arrangements. Family suggests memorials be made to Mars Hill Baptist Church or St. Jude Children’s Research Hospital. Condolences may be sent by way of: www.nealfuneralhome.net.