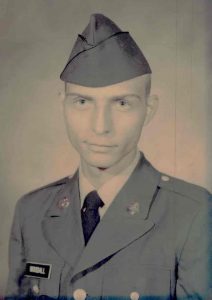 Alvin Wayne Woodall
Alvin Wayne Woodall, age 70 of Lawrenceburg TN, passed away Saturday, January 11, 2020 at Countryside Nursing home.
He had worked at Murray Ohio for many years. In his spare time he enjoyed tending to his animals.
He is preceded in death by his parents: Alvin and Selma Woodall; brother: Ronnie Woodall; sisters: Elizabeth Woodall, Betty Kaye Woodall.
He is survived by his brother: Billy Woodall; sister: Margie Brown (James); several nieces and nephews.
A memorial service for Alvin Wayne Woodall will be announced at a later date. Pettus-Turnbo Funeral Home was in charge of all arrangements. Condolences may be sent by way of: www.pettusturnbo.com.