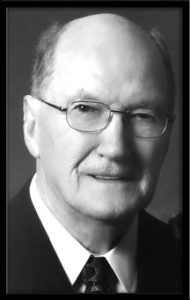 Morris Shedd
Morris Shedd, age 87, of Ethridge, TN passed away Monday, March 2, 2020 at his residence.
He was a native of Giles County, TN, retired from Murray Ohio, and a member of Ethridge Church of Christ where he served as an elder for several years. Mr. Shedd served his country honorably in the U.S. Army.
He was preceded in death by his parents: Jesse Gibson and Ovelia Trapp Shedd; two sisters; and five brothers.
He is survived by his wife: Iona Shedd of Ethridge, TN; three sons: Steve Shedd (Jamie) of Lawrenceburg, TN, Stan Shedd (Leigh Ann) of Columbia, TN, and Stacey Shedd of Lawrenceburg, TN; five grandchildren; four step-grandchildren; and three great-grandchildren.
Funeral services for Morris Shedd were conducted at Neal Funeral Home at 11:00 a.m. on Thursday, March 5, 2020, with David Stofel officiating. Interment followed at Lawrence County Memorial Gardens in Lawrenceburg, TN. Neal Funeral Home was in charge of all arrangements. Family suggests memorials be made to Ethridge Church of Christ. Condolences may be sent by way of: www.nealfuneralhome.net.