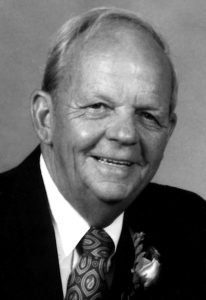 Billy Dean Cole
Billy Dean Cole, age 85 of Summertown, TN was born on May 17, 1934 in Old Hickory, TN to the late Edmon Brown Cole and Lyndal Reed Cole. He passed away at Morning Pointe Assisted Living in Columbia, TN on Sunday, March 8, 2020, “The Lord’s Day”.
His family moved to McBurg when he was nine years old and he was so proud to call McBurg his home. He was a graduate of Boonshill High School, Class of 1952, and a member of the Summertown Church of Christ. He sold insurance door-to-door for many years and preached at several Church of Christ congregations in Lincoln and Giles Counties, and Northern Alabama (Howell, State Line, Liberty, Beech Hill, and Oak Grove) for approximately 45 years.
He was an avid fisherman who was always on the hunt for a shellcracker, bluegill, or catfish. In his early years he enjoyed quail hunting with his buddy Jimmy Cox, Kevin Hammons, his family, and the late Art Porter.
Survivors include his wife of 24 years: Brenda Gray Cole of Summertown, TN; sons: Jeffrey Cole of Lewisburg, TN, Kevin Cole of Fayetteville, TN, Chris (Lora) Cole of Lawrenceburg, TN; step-son: Stuart Towry of Lawrenceburg, TN; grandchildren: Lisha Cole of Madison, AL, Austin Cole of Fayetteville, TN, William (Kayla) Cole of Hazel Green, AL, Morgan Cole, Jessie Cole and Andrew Cole of New Market, AL, Sadie Grace Cole and Sophie Cole of Lawrenceburg, TN; step-granddaughter: Morgan Towry of Summertown, TN; great-grandchildren: Kyleh Cole, Taylor Cole, Gabriel Cole, Alyssa Bailey, Raegan Cole, Riley Cole, and Braxton Cole; sister: Frances (Bill) Crouch of Fayetteville, TN; nephews: Steve Crouch and Ken Crouch; niece: Jan Marshall.
Funeral service for Billy Dean Cole will be conducted today, March 11, 2020, at 1:00 p.m. at Summertown Church of Christ with Chris Cole, Bro. Artie Collins, and Bro. Don Hudson officiating. Visitation with the family will be held prior to the service, from 12:00 to 1:00 p.m. Burial will follow at Wrights Cemetery, beside his late wife, Vilda Stewart Cole. In lieu of flowers family suggests donations be made to Summertown Church of Christ or your favorite charity. Higgins Funeral Home is honored to be serving the family.
The family would like to thank his many caregivers at Morning Pointe who were so attentive to his needs, Compassus Palliative and Hospice Staff who cared for him, and the family also appreciates his many doctors and nurses who saw him through his different needs of care and took time to listen to his comical humor. He never met a stranger and will be missed by many.