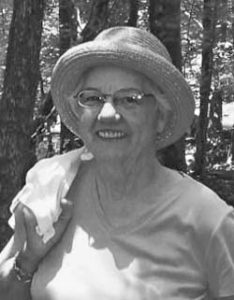 Anna Lynn Poag
Mrs. Anna Lynn Poag, age 89, of Lawrenceburg, TN passed away Monday, March 16, 2020, after an extended illness.
Ann served her country in the U.S. Air Force during the Korean conflict period. She later owned her own business for a period of time and worked as office manager of her brother Kenneth’s medical practice. Ann was very patriotic and civic minded and was active in civic and community organizations, including the Business and Professional Women’s Club and the Democrat Party.
She was preceded in death by her parents: Basil and Hughie Poag; three brothers: Joe Louie, Charles, and James Poag; three sisters; Margaret Grimes, Barbara Tetley, and Sue Heffelfinger.
She is survived by three brothers: Basil (Mack) Poag and Dr. Kenneth Poag, of Columbia, TN, and Dwight Poag of Lawrenceburg; as well as several nieces, nephews, and cousins.
In Ann’s spirit of concern for mankind, she donated her body for scientific research. There will not be an organized memorial service at this time.
Ann, affectionately known as “the hat lady” will be missed by her family and a multitude of friends and acquaintances. Memorials may be made to the Women’s Shelter, the Spann Cemetery fund, the Lawrence County Public Library, or your charity of choice. Condolences may be sent by way of: www.pettusturnbo.com.