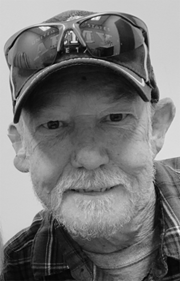 Craig R. Daniel
Craig R. Daniel, age 65, of Pulaski, TN passed away Sunday, March 22, 2020 at NHC Healthcare of Lawrenceburg.
He was a native of Toledo, OH, and retired from the U.S. Army where he served his country honorably in Vietnam and Desert Storm. He was also a member of the American Legion.
He was preceded in death by his parents: William and Gerline Bevis Daniel; and his wife: Sharon “Shay” Cole Daniel.
He is survived by daughter: April Abbott (Chris) of Lawrenceburg, TN; one son: Wade Daniel of Savannah, GA; one brother: Larry Daniel (Vicki) of Lawrenceburg, TN; two sisters: Dyan Byrum (Donald) and DeeDee McDonald both of Lawrenceburg, TN; four grandchildren: Alyxandrya, Ryder, Caydence, and Jade; many nieces and nephews.
Funeral services for Craig R. Daniel were conducted at Neal Funeral Home at 11:00 a.m. on Thursday, March 26, 2020 with Tommy Daniel officiating. Interment followed at Lawrence County Memorial Gardens with full military honors. Neal Funeral Home was in charge of all arrangements. Condolences may be sent by way of: www.nealfuneralhome.net.