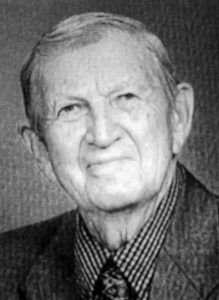 Knox C. Holder
Knox C. Holder, age 100, of Lawrenceburg, TN passed away Sunday, April 12, 2020 at NHC Healthcare of Lawrenceburg.
He was a native of Lawrence County, TN, a self-employed carpenter and a member of Pulaski Street Church of Christ and American Legion Post 63. Mr. Holder served his country honorably in the U.S. Army during World War II, where he earned the Bronze Star Medal and the European Theater Ribbon with 5 bronze stars.
He was preceded in death by his parents: Wesley and Emma Luna Holder; and his wife: Marie Green Holder.
He is survived by seven nieces and nephews: Jeanette Yates of Lawrenceburg, TN, Carl Holder of Paris, TN, Carl Holder of Killen, AL, Robert Holder of Florence, AL, Mildred Kujath of Killen, AL, Gary Holder of Nunnelly, TN, and Carol Brewer of Lake City, FL; and was a father figure to Linda Nelson Smith and Ken Nelson both of Lawrenceburg, TN.
Due to the COVID-19 pandemic and in accordance with Governor Bill Lee’s Executive Order No. 17, a private graveside service for Knox C. Holder was held at Lawrence County Memorial Gardens. Neal Funeral Home was in charge of all arrangements. Family suggests memorials be made to Pulaski Street Church of Christ. Condolences may be sent by way of: www.nealfuneralhome.net.