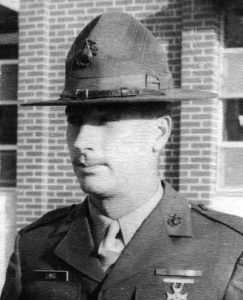 Thomas “Blue” Long
Thomas “Blue” Long, age 71, of Ethridge, TN passed away Tuesday, April 14, 2020 at his residence.
He was a native of Norfolk, VA, retired Master Sergeant from the U.S. Marine Corps, and a member of the American Legion.
He was preceded in death by his parents: Charles Herbert and Veronica Swain Long; and one brother: Edward Long.
He is survived by his wife: Samantha Long of Ethridge, TN; one son: Tommy J. Long, Jr. of CA; two step-daughters: Jennifer Jacobs and Karen Niedergeses, both of Lawrenceburg, TN; two brothers: Charles Long of Omaha, NE and James Long of Morriston, FL; two sisters: Patricia Bennett of Jupiter, FL and Pamela McCullough of Floral City, FL; four step-grandchildren; several nieces and nephews.
A Celebration of Life service for Thomas “Blue” Long will be announced at a later date.
Arrangements are being handled by Neal Funeral Home. Lawrenceburg, Tennessee. Condolences may be sent by way of: www.nealfuneralhome.net.