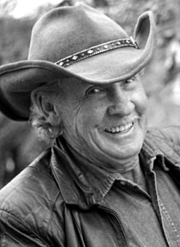 Frank Edward Hagan
Frank Edward Hagan, age 77, passed away Sunday, April 26, 2020 at his home surrounded by family.
He was born December 22, 1942 in Florence, AL to the late Milburn and Esther Hagan. He grew up in Lawrence County, TN in the Piney community. He met the love of his life, Shirley Hollis Hagan, at a young age at Piney School and they were married at the age of 18. They have been together ever since and built a life and wonderful family together over the last 58 years.
Frank was a hard-working man with many talents. He built many things over his life including many homes in the Lawrenceburg area as well as in the State of Illinois. He not only was a contractor, but a cattle farmer as well. He enjoyed tending his land, finding peaceful moments on his tractor as he bailed hay. When he was not working, he had a passion for country music. He loved to sing and play guitar. For over 20 years Frank hosted the country music shows at David Crockett State Park Amphitheater. He was involved with the Tennessee Valley Jamboree (TVJ) for more than thirty years, serving as president for ten years.
He loved to make his family and friends smile and laugh, and had a particular penchant for practical jokes. He especially loved to “pull one over” on his grandchildren, who affectionately referred to him as “Pacha;” a nickname he received from his first grandchild, Nikki. His wit and dry sense of humor will be missed.
In addition to his parents, he was preceded in death by his brothers: Douglas and Henry Hagan.
He is survived by his wife: Shirley Hagan; children: Clay (Sonda) Edward Hagan and Kim (Kevin) Hunt; grandchildren: Nikki (Joe) Valentine; Krystal (Ben) Nelson, Anna (Zack) Hurst, Kara (Matt) Hagan, and Colin Hunt; great-grandchildren: Deacon Hagan, Crew Hagan, Alaythea Nelson, and Lexi Nelson; siblings: Delores (Junior) Gobble, J.R. (Mag) Hagan, Sheila Hagan, Teddy (Debbie) Hagan; and many nieces and nephews.
Details of a memorial service will be forthcoming. Williams Funeral Home is assisting the family with arrangements. Condolences may be sent by way of: www.williamsfh.com.