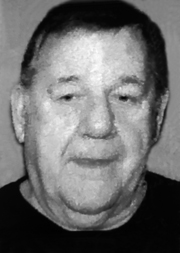 Jerry Michael Schmars, Sr.
Jerry Michael Schmars, Sr., 77, of Lawrenceburg, TN, formerly of Marengo, IL, passed away peacefully at his home in Lawrenceburg on Wednesday, April 20, 2020.
He was born December 6, 1942 in Belvidere, IL to Michael Carl Schmars and Esther J. Sandman Schmars. He graduated from Marengo High School and served in the U.S. Marine Corps from December, 1959 through September, 1964. He married Betty Ruth Allen on October 18, 1962 in Wilmington, NC and they had two sons. After he was discharged from the Marine Corps, he worked at Belvidere Chrysler assembly plant. He moved to Florida and became a cobbler, then moved to Tennessee where he retired as a truck driver. He enjoyed many adventures the remainder of his life, with a special love for his birds and dogs.
He is survived by sons: Durean Travis Schmars, Capron, IL and Jerry Michael Schmars, Jr., Fairbault, MN; grandchildren: Travis Michael, Brittany Grace, Jared Michael, and Jennifer Marie Schmars; and great-grandson: Landon Travis.
A memorial service for Jerry Michael Schmars, Sr., will be held in Marengo, IL at a later date.