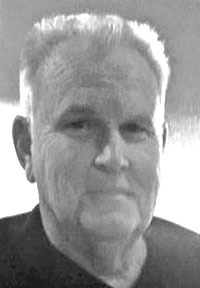 Albert Lee Jeffries
Albert Lee Jeffries, age 73, of Lawrenceburg, TN passed away surrounded by his loving family on Sunday, March 3, 2020.
He was born on November 7, 1946 in Toledo, Ohio to the late Albert E. Jeffries and the late Lebanna A. Jeffries. He was a loving, compassionate man and would help anyone who needed it. He retired from the heating and air conditioning company he founded. In his spare time, Albert enjoyed fishing, camping and being with family.
Along with his parents, he was preceded in death by his sister: Penny Piatt.
He is survived by his loving wife: Audrey Jeffries; three daughters and one son: Angela Jeffries, Lawrenceburg, Carrie (Michael) Hargrove, Toledo, OH, Eric Dycus, Sr., Amy (Michael) Barnett, Lawrenceburg, TN; sisters: Betty Widmer, Roberta (Ben) Corso; brother: Richard (Faye) Jeffries; thirteen grandchildren; eighteen great-grandchildren; one great-great-grandchild.
The family of Albert Lee Jeffries will celebrate his life with services at a later date. Heritage Funeral Home in Columbia, TN is assisting the family with arrangements. The family would like to thank China Buffet of Lawrenceburg for the love and kindness they have shown the family. A special thank you to Unity Hospice for their kindness and compassion.