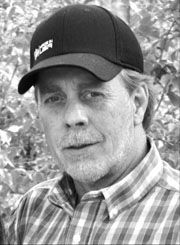 Ferrel Jerome Wilburn
Ferrel Jerome Wilburn, 54, of Lawrenceburg, TN passed away Friday, May 1, 2020 at North Alabama Medical Center in Florence, AL.
He was born April 2, 1966 in Lawrenceburg, the son of the late Ferrel Wayne Wilburn and Lillie Annis (Langley) Vega.
He was a talented siding contractor who always took pride in every job he did. The things he loved most in life were his Lord and Savior, his daughters, and strumming his guitar. He was constantly cracking jokes, would give you the shirt off his back, and was an honest and true friend. He was loved by many and will be missed by all who knew him.
In addition to his parents, Jerome is preceded in death by his brothers: Larry Dwayne Wilburn, Lawrenceburg; Randy Elkins, Hayleyville Al.
He is survived by daughters: Allysa Wilburn and Contessa Wilburn of Crossville, TN; brothers: David Wayne Wilburn (Cindy) of Loretto and Anthony Brian Wilburn and Roger Gueringer of Lawrenceburg; sisters: Nancy Ann Hall (James) and Wanda Ragsdale, Lawrenceburg; many nieces, nephews, aunts, uncles, and cousins who loved him dearly.
Memorial services for Ferrel Jerome Wilburn will be announced at a later date.