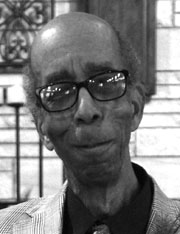 Joe Louis McGee
Joe Louis McGee, 79, of Lawrenceburg, TN passed away Friday, May 1, 2020.
The youngest of six children, he was born November 29, 1940 to the late John Junior McGee and the late Maggie Marie Patton. After graduating from Pearl Cohn High School in Nashville, TN he volunteered to fight in Vietnam in the United States Army where he served in the 101st and 82nd Airborne Units.
After Vietnam, Joe got his degree in x-ray technology from Vanderbilt University, School of Allied Health in 1972 after completing an associate degree from Aquinas College. He worked as an x-ray tech and spent the last part of his career working with the Veterans Administration in Murfreesboro. He married Veronica (Roach) McGee on July 4, 1977.
Joe was a loving father and husband who will be greatly missed.
He is survived by his wife of 43 years: Veronica (Roach) McGee of Lawrenceburg; sons: Tarry Hilai (Pin) of Washington State and Tyrone McGee (Melissa) of Nashville; daughters: Tamara “Tammy” McGee (Brian) of Denmark, and Tara McGee (Martin) of Denmark; sister: Grace (McGee) Taylor of Ohio; beloved granddaughter: Victoria Ugilt of Denmark; grandsons: Tristan Ugilt of Denmark, Joe Hilai of Washington, and Tyrone McGee Jr. of Nashville; a host of nieces and nephews.
A Celebration of Life memorial service for Joe Louis McGee will be held in Lawrenceburg at a later date. In lieu of flowers, the family requests donations be made to: ADRA’s Useful Gift Catalog “Feed Hungry Children” Project (www.adra.org). Please make it clear that your gift is being made in memory of Joe Louis McGee.