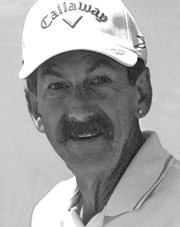 Ronald Keith Maltby
Ronald Keith (Ron) Maltby, 69, passed away Wednesday, April 29, 2020 surrounded by family in Lawrenceburg, TN, after a long and hard-fought battle with cancer.
Ron was born November 6, 1950, in Ionia, MI. He was the son of the late Gordon Maltby Jr. and Shirley Rehkemper. He was a devoted husband, father, grandfather, and great-grandfather.
Ron grew up in Garden City, MI. In 1976, he met his wife, Deborah, in a bar in his hometown, where she worked as a waitress. The two grew up just a few blocks from one another. The night they met, Ron told Deborah she needed to move up north with him — that she’d be the prettiest girl there. The two were married in October of the same year.
Ron enjoyed golfing, fishing, traveling, and spending time with his family. In the later years of his life, he and Deborah moved to Florida and worked part-time in the RV Park where they lived. They later relocated to Lawrenceburg, TN.
Ron is survived by his wife of 43 years: Deborah; children: Chad (Shannone) Bondie, Cristy (Tom) Babcock, and Ronald Maltby Jr.; grandchildren: Kaitlin Bondie, Cassandra (Austin) Lybrink, Jackson Bondie, Tommy Babcock, and Jonah Babcock; great-grandchild: Griffin Lybrink; mother: Shirley; siblings: Linda (Michael) Mitchell, Phyllis (Jerry) Draper, Brenda (John) Chute, and Debbie (Steve) Sytek.