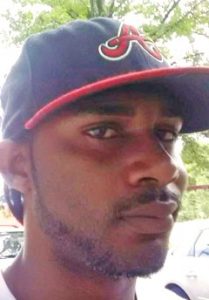 Corie Jay Dashawn Williams
Corie Jay Dashawn Williams, age 37 of Lawrenceburg TN, passed away Thursday, May 28, 2020 in Lawrenceburg. He was born June 21, 1982 and raised in Trenton, NJ, the son of Lisa Williams-James and John Westcott.
Corie spent several years residing in Birmingham, AL before moving to Lawrenceburg to be near his mom. He was loved by many and had great love and compassion for others. He enjoyed spending time with his children, going fishing, gardening, and being out on the water. He also loved basketball. He was active in the youth community and was always trying to teach them about life. He was of Christian faith and loved sharing Bible scriptures.
He was preceded in death by his maternal-grandmother: Emma Lee Williams; and uncles: Gregory Williams and Clarence Williams.
In addition to his biological parents he leaves to mourn his step-father: Leon James; children: Corie Jay Dashawn Williams, Jr., Tyree Mumford, Dashawn Williams, Jaylen Williams; children he accepted as his own: Javeon Wiley, Javeanna Wiley, Jadarius Wiley; brothers: Alvin Townson and Lamont Williams of Lawrenceburg, TN, and Rawmean Davis of NJ; sisters: Monica Williams (Terrence) of Bordentown, NJ and Romiqua McClain of NJ; step-sisters: Monica Reed (Tywanye), and Benita James; special aunt and uncle: Diane and Bobby Evans of Lawrenceburg, TN; uncle: Andre Borican; mother of his son, Corie Jr., and friend: Deltoya Jones; best friends: Terrence and Melissa Watkins; god-mother: Diane Rowell of NJ; and a host of aunts, uncles, nieces, nephews, cousins, and friends.
A graveside service for Corie Jay Dashawn Williams will be held on Saturday, June 6, 2020 at Mount Olive Cemetery at 1:00 p.m. with Pastor Sam Outlaw officiating. Pettus-Turnbo Funeral Home is in charge of all arrangements. Condolences may be sent by way of: www.pettusturnbo.com.
The family would like to thank everyone for all of their thoughts, prayers and condolences as they process this tremendous loss.