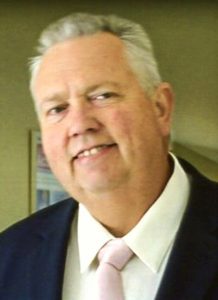 Larry Thomas Spears
Larry Thomas Spears, age 61, of Summertown, TN passed away Sunday, May 31, 2020.
He was a native of Summertown, TN, teacher at Summertown High School and retired pastor.  He was a member of Macedonia Baptist Church and the Lawrence County Baptist Association.
He was preceded in death by his mother: Jane Rhinehart Spears; two infant sisters: Patricia Spears and Cindy Spears; one son: Alexander Spears; and one brother: Johnny Spears.
He is survived by his wife: Joyce Williams Spears of Summertown, TN; two daughters: Lauren Thomas (Brodrick) of Hermitage, TN and Hannah Dunnavant (Trea) of Lawrenceburg, TN; one sister: Sharon Springer (Phillip) of Leoma, TN; father: Johnny Odell Spears of Summertown, TN; and one granddaughter: Lawrence Jane “Wren” Thomas of Hermitage, TN.
Funeral services for Larry Thomas Spears were conducted at First Baptist Church of Lawrenceburg at 11:00 a.m. on Wednesday, June 3, 2020, with Jeff Vanlandingham, Kent Shingleton, and Mickey Brackin officiating. Interment followed at Barnesville Cemetery in Summertown, TN. In lieu of flowers, Larry requested that you use those funds to enjoy a meal with your family or make a memory together. Neal Funeral Home was in charge of all arrangements. Condolences may be sent by way of: www.nealfuneralhome.net.