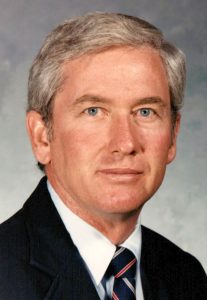 James “J.P.” Umbarger
James “J.P.” Umbarger, age 76, of Summertown, TN passed away Saturday, June 27, 2020 at Southern Tennessee Regional Health System Pulaski.
J.P. was Alpha Gamma Rho in his Alma Mater, the University of Tennessee. He was a member of Summertown United Methodist Church, was a retired Agriculture teacher, former Superintendent of Lawrence County Schools, guidance counselor, an honorary member of the Rotary Club, and a sponsor of the Interact Club at LCHS. J.P. was a cattle farmer who also loved to hunt.
He was preceded in death by his parents: Edward and Marie Henley Umbarger Wiles; and step-father: Jeff Wiles.
He is survived by his wife: Sue Jordan Umbarger; son: Jamie Umbarger (Tonya); brothers: Marvin Umbarger and Willie Jeff Wiles; several nieces and nephews.
A graveside service and burial for James “J.P.” Umbarger will be held on Thursday, July 2, 2020 at 12:00 p.m. at Lawrence County Memorial Gardens with Bro. Bobby Gobble officiating. In lieu of flowers, donations may be made to Ethridge United Methodist Church. Pettus-Turnbo Funeral Home is in charge of all arrangements. Condolences may be sent by way of: www.pettusturnbo.com.