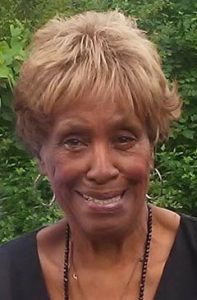 Marjorie Edmundson Frierson
Marjorie Edmundson Frierson was born on September 10, 1929 in Giles County, TN and departed the earth on June 30, 2020 at the age of 88.
She graduated from Bridgeforth High School class of 1950. She professed hope in Christ at an early age and became a member of Beulah Missionary Baptist Church in Pulaski. Later in life she married the late Byron Frierson and moved to Lawrenceburg, TN. She united her membership with St. John’s Methodist Church where she was a faithful member. Marjorie worked as a nurse’s aide and private sitter for many years until she retired.
In addition to her husband, she preceded in death by her parents: Henry and Minnie Edmundson; five sisters: Ruby, Cliffy, Lucille, CoraMae, Big Annette; and one son: Dennis Frierson.
She leaves to cherish her loving memory, two stepchildren: James Bumpas and Diane Polk; two granddaughters: Shanta Frierson (Daniel), Falon Frierson; six great-grandchildren: Adara, Jardan, Mercedes, Jacob, Raven, Isaac; and a host of cousins, nieces, nephews, great nieces, great nephews, and friends.
Graveside services and burial for Marjorie Edmundson Frierson will be held on Monday, July 6, 2020 at 12:00 p.m. at Lawrence County Memorial Gardens. Pettus-Turnbo Funeral Home is in charge of all arrangements. Condolences may be sent by way of: www.pettusturnbo.com.