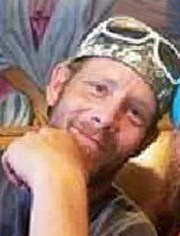 Daniel Wayne Pennell
Daniel Wayne Pennell of Ethridge, TN, passed away on Saturday, July 4, 2020 at his residence.
He was born in Pennsylvania and resided in Lawrence County since 1990. Daniel worked as a brick layer and steel fabricator, and was a baptized Christian. Dan will forever be in our hearts. He will be dearly missed by many who knew him.
He is survived by his parents: David and Mary Cathy Pennell; two children: Ethan Daniel (14) and Lexi Lynn Pennell (14); their mother: Crystal Dickey of Lawrenceburg, TN; two sisters: Cori Edwards of Charleston, WV and her children Azariah and Jaylyn, and Casey Pennell and her children Pheonix, Lily, and Jaeda of Lawrenceburg, TN; grandmother: Mary Alice Bailey Fretzer of Ethridge, originally from Leoma, TN; aunts: Cindy Nichols (Rocky) of Maine and April Smith (John) of Ethridge; cousins: Anna, Aimee, Willy of Maine, JD, Dylan, and Harley of Ethridge, TN.
Memorial services for Daniel Wayne Pennell will be announced at a later date. Pettus-Turnbo Funeral Home is in charge of all arrangements. Condolences may be sent by way of: www.pettusturnbo.com.