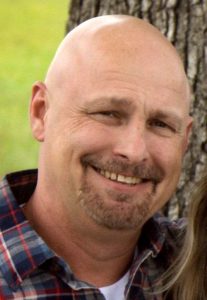 Nelson Dwight Poole
Nelson “Dwight” Poole, 68, of Wright, WY moved to Heaven on Tuesday, August 11, 2020.
Dwight was born in Pulaski, TN on September 25, 1951 to Herbert Nelson and Marjorie Lucille (Oliver) Poole. He married Janice Faye Braden on February 16, 1990. Dwight was a Vietnam veteran, serving in the United States Army.  During his service, he was a crew chief on helicopters, a door gunner, and he assisted in the medical field. He was honorably discharged as a Sgt (E-5). In his later years he was part of the local Cavalry Association, serving as Chaplain, and was also a member of the VFW.
Dwight was a minister who not only worked in churches, but also in prison ministry. His love for God and family was evident in every aspect of his life. His life on this earth was a testament for how to live for God. Until the day we are all home with him, the lessons and love he gave us will carry us through.
Dwight is reuniting with his parents: Herbert and Marjorie Poole; sister: Sheila Ann Richardson; and other family members and friends.
In addition to his wife, he is survived by sons: Charles “Luke” Edens, Matthew Nelson Poole, Mark Alan Poole, and Jonathan Dwight Poole; daughters: Sarah Faye Salyer and Rachel Christine Thompson; twelve grandchildren; and one great-grandson.
Funeral services for Nelson Dwight Poole were held at 1:00 p.m. on Tuesday, August 18, 2020 at Kinkade Funeral Chapel in Sturgis, South Dakota.  Committal services with military honors followed at Black Hills National Cemetery. Condolences may be sent by way of: www.kinkadefunerals.com.