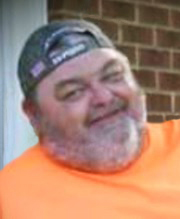 Timothy Lee Webb
Timothy Lee Webb, age 53, passed away at his home surrounded by those he loved most, on Friday, September 17, 2020.
Tim was born February 5, 1967 in Lawrenceburg, TN to Lura Jenkins Keeton and the late Wallace Webb.
Tim was always a caring person. He was the kind of person who never met a stranger. If you came through his front door, then you were treated like family. Tim was a hardworking man, he could repair most things; his friends and family knew that. So, people would bring him things, from computers to motors. Despite leaving school early, he was always sharp and could fix just about anything. Not only was his mind sharp but so was his wit. Tim never let an opportunity to crack a joke pass. He loved to laugh and make others smile. In his younger days he used to enjoy playing pool and riding Harley motorcycles. He also enjoyed fishing, loudly singing Karaoke, and remixing songs to make them his own. Whether quietly fishing or loudly singing, wherever Tim was, there was a good time. Tim’s greatest joy in life was his family. He loved them more than words can describe. He was a wonderful husband, father, grandfather, and friend. Tim is loved and will be dearly missed.
In addition to his father, Tim was preceded in death by his brother: Johnny Webb; daughter: Baby Tiara; and step-father: Clyde Keeton.
Tim is survived by his wife: Rebecca Webb; children: Christopher Webb, Christina (Jay) Gray; Amber Lawrence, Tiffany Webb, and Emileah Webb; ten grandchildren; mother: Lura Keeton; brother: Jeff Webb; mother and father-in-law: Patricia and Kenneth Lawrence; and numerous nieces and nephews.
Williams Funeral Home is assisting the family with arrangements. Condolences may be made by way of: www.williamsfh.com.