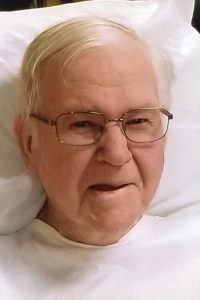 Arlee E. Morgan
Arlee E. Morgan, age 83, of Lawrenceburg, TN passed away Monday, September 21, 2020 at his residence.
He was a native of Summertown, TN, retired from Murray Ohio after 39 years of employment, a farmer, and a member of Dunn United Methodist Church. Mr. Morgan served his country honorably in the U.S. Army.
He was preceded in death by his parents: Noble Grant and Beatrice Spears Morgan; and one sister: Wilma Faye Coleman.
He is survived by his wife of 63 years: Patsy Lanning Morgan of Lawrenceburg, TN; one son: Mark Lanning Morgan of Lawrenceburg, TN; and two grandsons: Samuel Grant Morgan and Cade Lanning Morgan, both of Antioch, TN.
Funeral services for Arlee E. Morgan were conducted at Neal Funeral Home at 1:00 p.m. on Friday, September 25, 2020 with William Wallace officiating. Interment followed at Dunn Cemetery in Lawrence County, TN. Neal Funeral Home was in charge of all arrangements. Condolences may be sent by way of: www.nealfuneralhome.net.