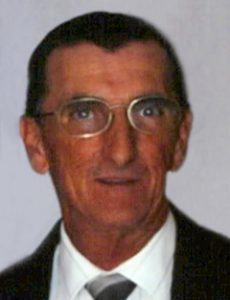 Ricky Eugene Long
Ricky Eugene Long, age 64, of Lawrenceburg, TN passed away Wednesday, September 30, 2020.
He was of the Church of God faith and loved reading his Bible. He was a retired truck driver who enjoyed sitting on the front porch, enjoyed being outside, and had a great love for his family.
He was preceded in death by his wife: Christine Long; parents: Hobert and Helen Long; grandparents: Will and Ella Long, Sebastian and Vedia Irelan; and brother: Ronnie Long.
He is survived by his sons: Richard Long and Jason Long; daughter: Renee Chapman (Jeff); brother: Randy Long; grandchildren: Natasha Slater, Nick Slater (Caitlyn), Devon Slater; and great-grandchildren: Calla Slater and Wyatt Slater.
Funeral services for Ricky Eugene Long were held at Pettus-Turnbo Funeral Chapel on Tuesday, October 6, 2020 at 11:00 a.m. with Brother Grant Pavey officiating. Interment followed at Napier Cemetery. Pettus-Turnbo Funeral Home was in charge of all arrangements. Condolences may be sent by way of: www.pettusturnbo.com.